Provenance is paramount to Boutique With Heart. We care about how the jewellery on our site was made and the story behind each and every piece. So it seems right that Boutique With Heart should share the stories of the visionary businesses, artists and craftsmen that led to the site’s creation. 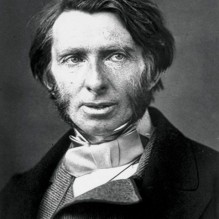 It starts with John Ruskin (1819 – 1900) the art critic who wrote of the importance of the quality of a nation’s art, architecture and design to its moral and social health. Although Ruskin is best known for his writing on art he is now recognised for the emphasis he placed on the connections between nature, art and society. Ruskin is now recognised as an important precursor of environmentalism and the sustainability movement. 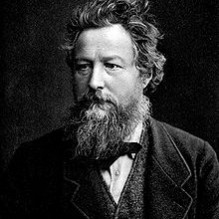 Ruskin, in turn, was a direct influence on William Morris (1834 – 1896) and the creation of the Arts and Crafts international design movement. The Arts & Crafts movement was a reaction against the increasing industrialisation of Victorian society in the second half of the nineteenth century and sought to create decorative objects for the house imbued with traditional values of craftsmanship and care.

Arts and Crafts objects were simple in form, without superfluous or excessive decoration, and the way they were made was often still visible in the finished product. Some items were even left slightly unfinished to emphasise the rustic, hand-made nature of the piece. “Truth to material” was a key tenet of the Arts and Crafts style, so what the object was made from informed the design. Patterns were inspired by the British countryside, with reference to native flora and fauna in a direct reference to the domestic art of unknown medieval craftspeople.

Many designer-makers developed Morris’s ideas and established workshops, based on medieval guilds, where traditional methods could be revived and re-invented. In medieval times guilds had been formed by craftspeople based on their trades, co-fraternities of textile workers, masons, carpenters, carvers and glass-workers coming together to protect “the arts and mysteries” of their crafts and to pass on their skills to indentured apprentices. 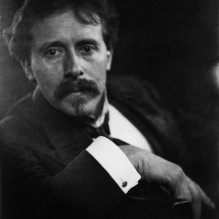 Charles Robert Ashbee (1863 – 1942) personifies this movement for Boutique With Heart. Ashbee established the Guild and School of Handicraft in the East of London in 1888, a craft co-operative modelled closely on the medieval guilds. Ashbee’s ambition was to give working people satisfaction in their craftsmanship. From 1888 to 1902 the guild prospered, employing about 50 men and women and developing new talent through the school. In 1902 Ashbee relocated the Guild out of London to begin an experimental community in Chipping Camden in the Cotswolds. The Guild’s jewellery and tableware is characterized by plain surfaces of hammered silver, flowing wirework and coloured stones in simple settings. Even though the Guild and School of Handicraft ceased trading in 1908 there is still an echo of Ashbee’s initiative in the continuing tradition of modern craftsmanship in the Chipping Camden area.

It is this flow of ethical and sustainable business practices from medieval times to the 21st Century that inspired Boutique With Heart to search out old and new jewellery and accessories imbued with the essence of the Victorian visionaries that have gone before. Indeed, this website uses the legendary Doves Press font, once thought lost but revived through a combination of dedication and digital technology.

During a conversation with a family member, Boutique With Heart discovered that Torbjörn på Helgestahill, based in Sweden, had managed to recreate the font and he generously agreed we could use it on the site.

Such is the reputation of this mythical font that designer Robert Green recently spent three years crafting a digital reproduction of Doves font. With none of the original metal font available Green had to track down and borrow Doves Press books for reference and carefully craft and tweak each letter of a font which has been described as looking “as if someone had broken into the press after hours and banged into the compositor’s plates”.

Boutique With Heart is pleased and proud to be able to use the Dove font combined with a modern font in the logo and throughout the site as part of an on-going commitment to taking the best of the past into a sustainable future.

If you have any feedback/comments about our site please contact us through the website or give us a call on 0845 340 4431.